This video and the accompanying essay below were created in response to my participation in the Animistic Apparatus lab involving itinerant projectionists, artists, curators, and writers in Udon Thani, Thailand in April 2019.

Organized by May Adadol Ingawanij in collaboration with Julian Ross, Erin Gleeson, Tanatchai Bandasak, Mary Pansanga, Noir Row Art Space, and Berwick Film and Media Arts Festival, Animistic Apparatus is “a curatorial and book project exploring the affinity between animism and artists’ moving image practices. It experiments with the concept of animistic cinematic medium as a model of mediation, exchange, and communication, whose method of form-making is routed through Southeast Asia’s genealogies of media and ritual apparatus and cosmology.”

As the only American resident in the Animistic Apparatus group, I was conscious of my connection to U.S. colonial and military violence in south Asia. My parents left Iran in 1977 and decided to stay in the United States because of the political upheaval in the form of a revolution in their home country, which many argue was precipitated by the CIA and MI6 overthrow of prime minister Mohammad Mossadegh a couple decades prior. My family ended up staying in southern Virginia, which is also home to the largest naval base in the world.

The U.S. has been in some kind conflict in my ancestral homeland region of west Asia for my entire life, so I was always immersed in U.S. military culture. And yet, what do I know about our vast military presence? Not enough. Perhaps it’s not surprising that I didn’t know about the military base in Udon Thani, even though I had traveled to Thailand several times before.

While showing us around the crumbling, abandoned Vista Theater cinema complex in Udon Thani, our host proudly mentioned the U.S. soldiers who enjoyed the bowling lanes that were now being re-purposed into office spaces. I wondered whether the Thai locals also enjoyed bowling and a movie. It was probably once the center of entertainment for the town, but now it resembled many buildings in the post-industrial U.S. cities where I have lived over the years: empty, crumbling structures ripe with possibility. In the case of the Vista Theater, a wartime economy supported its success and later demise when it closed its doors in 1998, after 30 years of screenings. 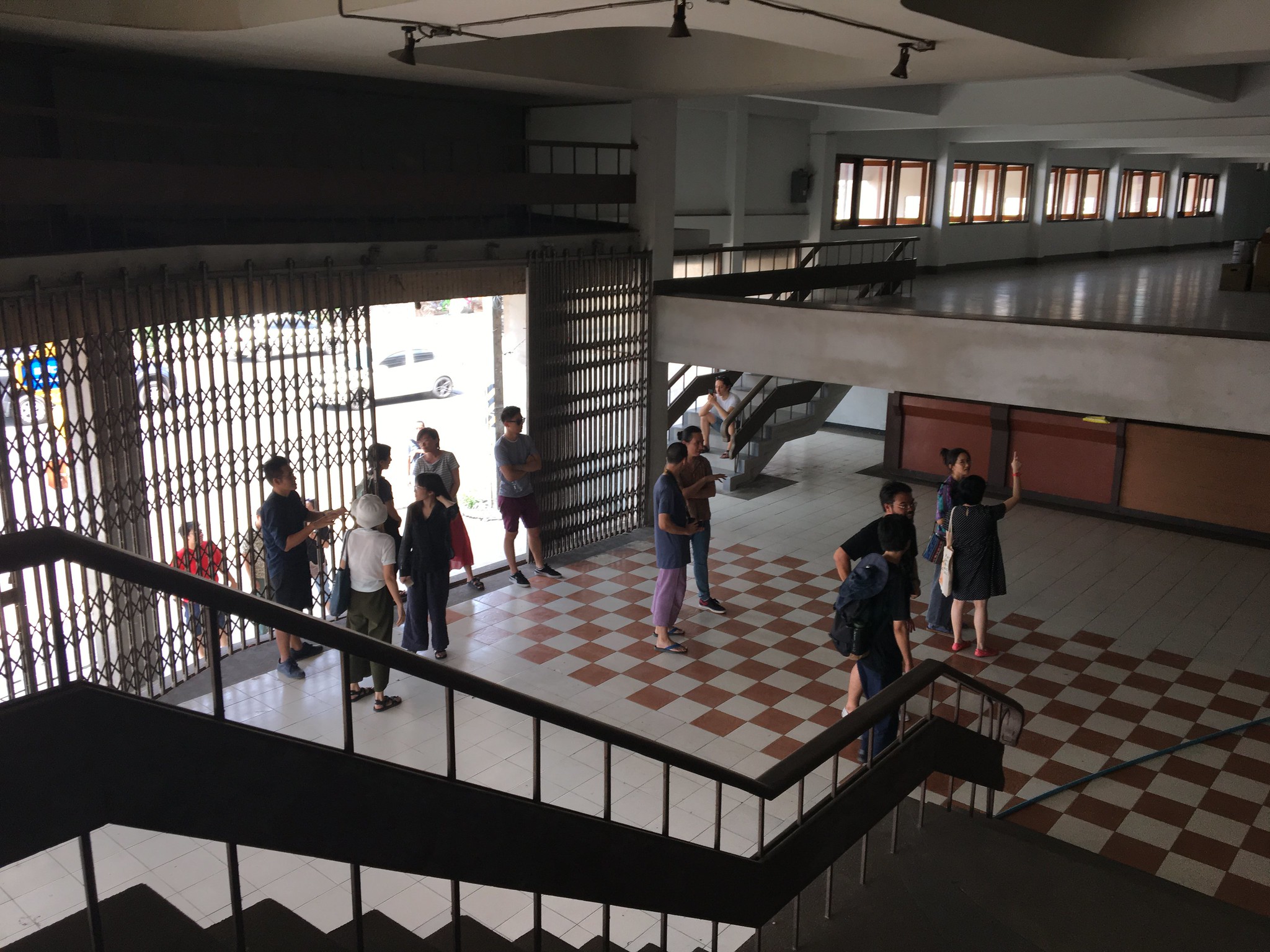 As our group wandered the building, the usual sighs and declarations all around: “if only someone would buy the building and make it into an artist space.” How could the next Animated Apparatus be hosted in this building full of the ghosts of leisure and military occupation? 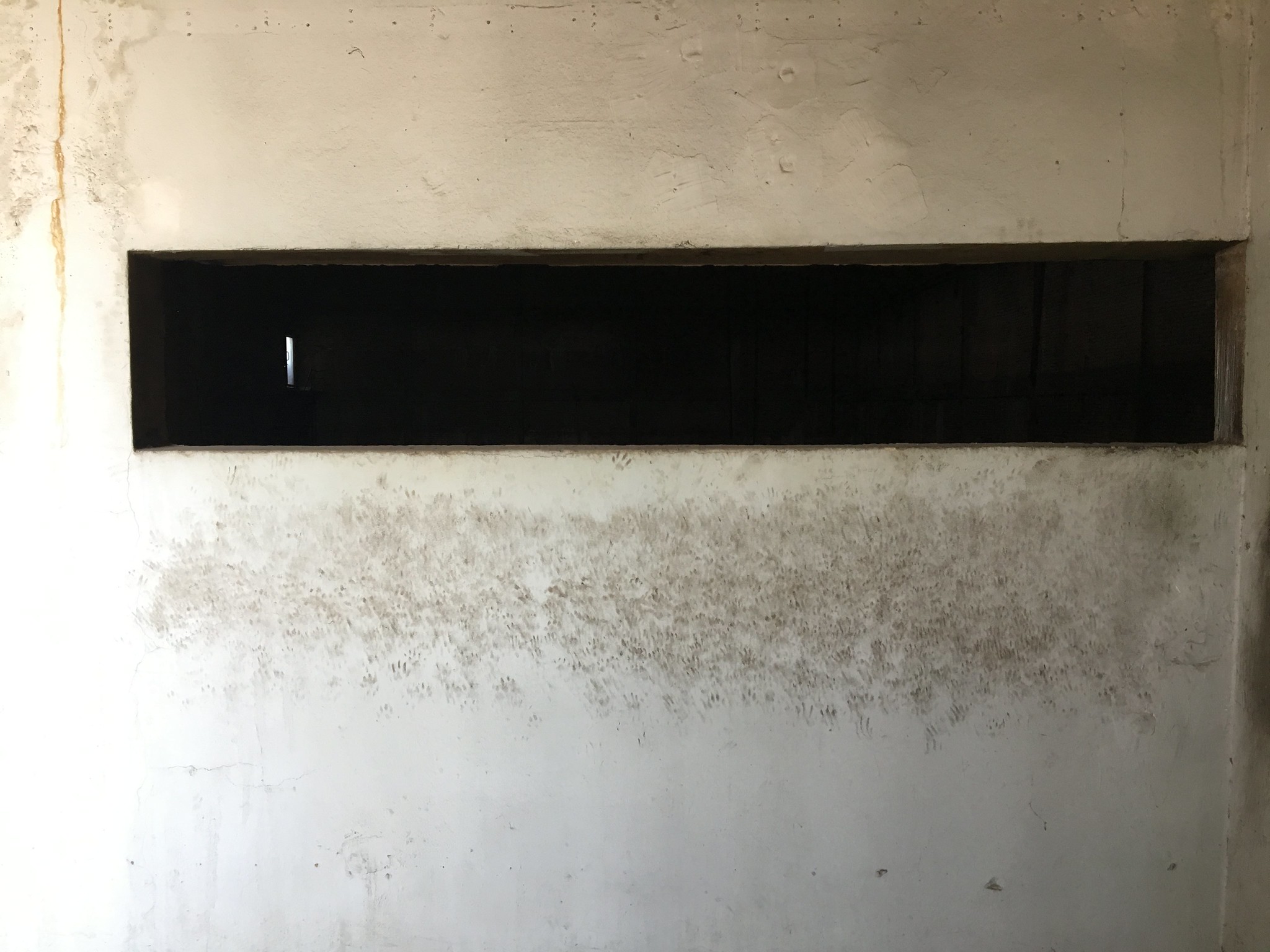 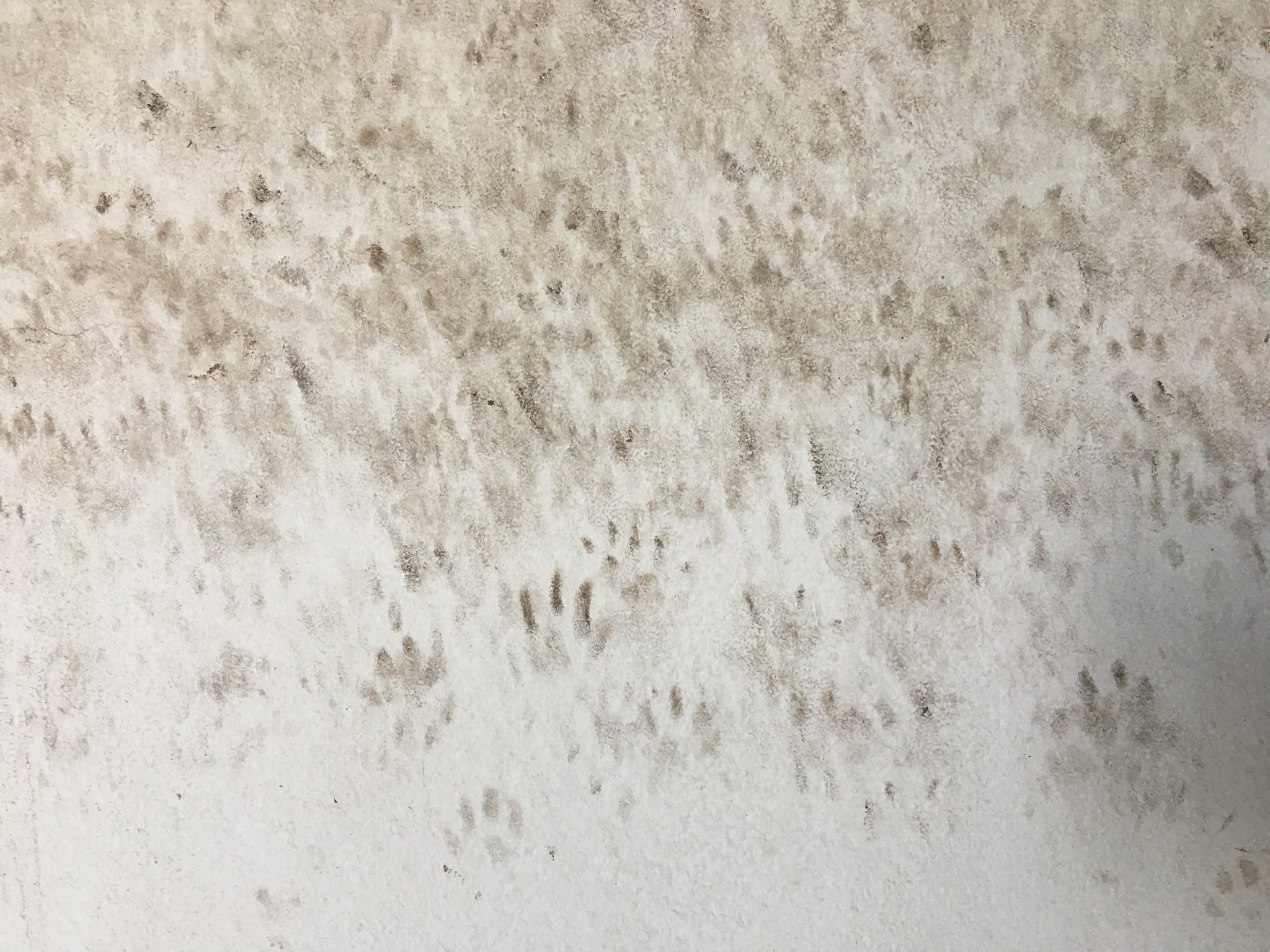 Paw prints on the wall of the projection booth at the abandoned Vista Theater.

In Miami, where I now live, I have a studio space in a similar type of building. It’s an old downtown shopping mall that had its heyday in the 1980s, complete with a movie theater. After sitting empty and getting slowly carved up by termites, it was purchased by a developer who has made a business of creating artist studios from empty buildings. The studio, however, is not my favorite work space. I prefer to work out in the field and inside the screens of my gadgets, computers, cameras, and recorders. A couple years ago I committed to doing most of my project outdoors, which also explains my interest in the Animistic Apparatus project and its focus on the freely accessible outdoor screening spaces that are open for all who take a seat on the ground in front of a large screen. Forget the comfortable air conditioned cinema space. An outdoor screening allows open admission without tickets. Anyone can show up and come and go as they please, the equipment and screens are mobile too. Birds, dust, roaches, and trees are with us. And in Udon Thani, we included the ancestor spirits as witnesses to our human-made media.

Not long before joining the Animistic Apparatus group, I had learned how to make a small solar-powered circuit. Though I had built simple battery-operated circuits before, I was delighted when I first channeled some electricity through the sun.

Solar cells created by humans and plant photosythnthesis have a lot in common. Plants transform the energy of the sun into chemical energy that fuels the survival of other species. Similarly, human-made photovoltaic cells convert solar energy into electricity. Could this technology buy more time for our survival?

Animating objects through vibrating motors powered by the sun, I felt like a magician. With a lot of help from solder and silicone (mineral powers in their own right), I made things come alive. As I couldn’t store the sun’s energy as a battery could,  the movement was dependent on the whims of the sun and clouds.

When using the electronics required for digital filmmaking, audio recording, and other techniques, I’m constantly disturbed by questions around their life and death cycle: the mineral extraction, the human labor, the waste stream. Years after using my father’s Canon 514 XL-S Super 8 film camera, my first video camera was a Canon GL1. I still have it somewhere, along with a growing graveyard of phones, adaptors, and other electronic flotsam and jetsam. I don’t know how to put them to rest, so their material presence continues to taunt and haunt me. 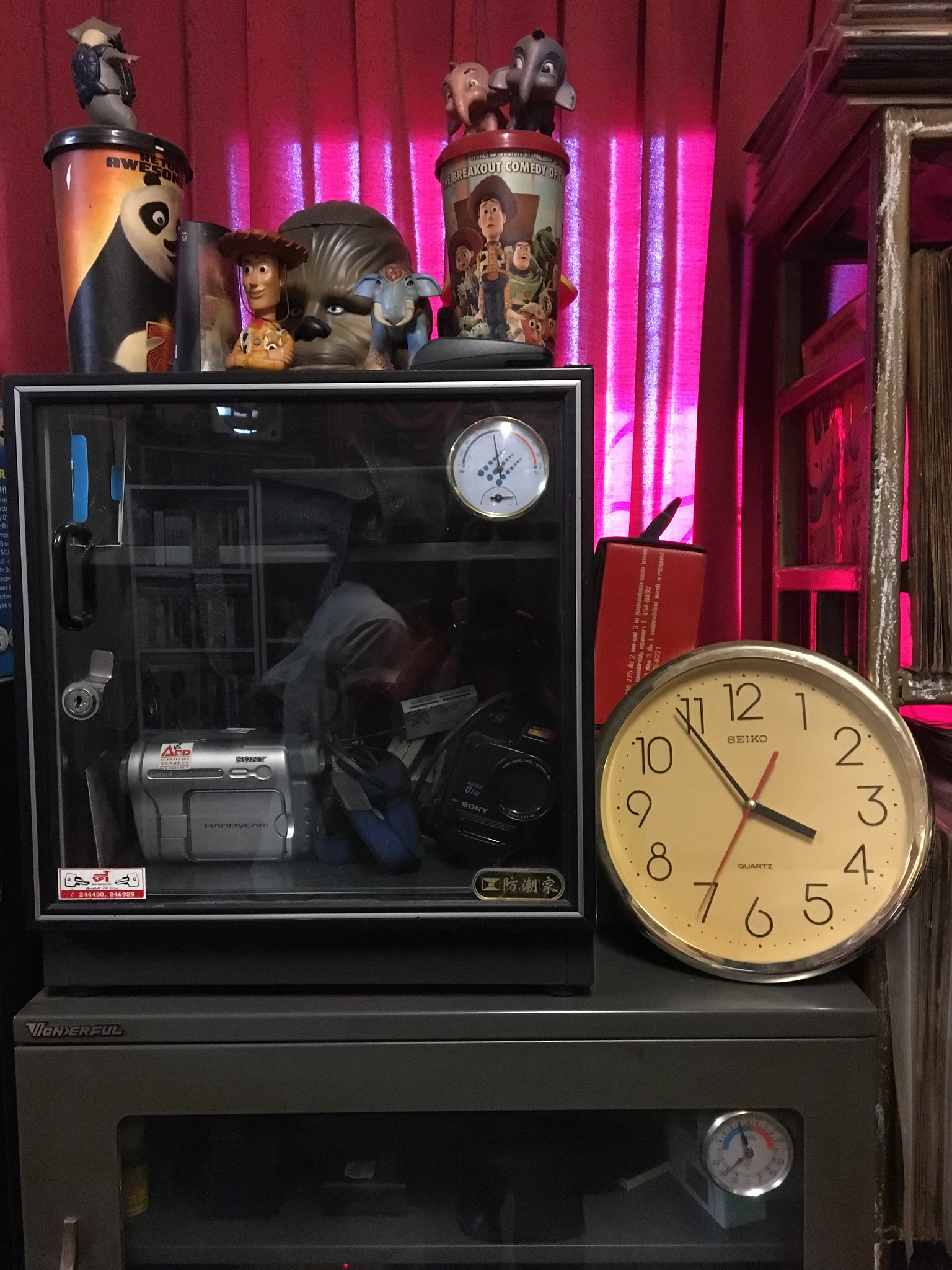 A battery is a container to hold chemical energy before it is transformed into electricity. In English, battery also refers to a sequence of things, a physical assault, and a place to store guns. I had been trying to let go of batteries of all kinds for a long time. Obsolete portable electronic media, storage, touch, and violence— all these intertwine. The possibility of being able to engage our largest star as an open source of electricity, especially on a handmade scale, impacted me. I didn’t realize that the simple lack of a battery or attachment to the grid would make me feel so relieved and so free. 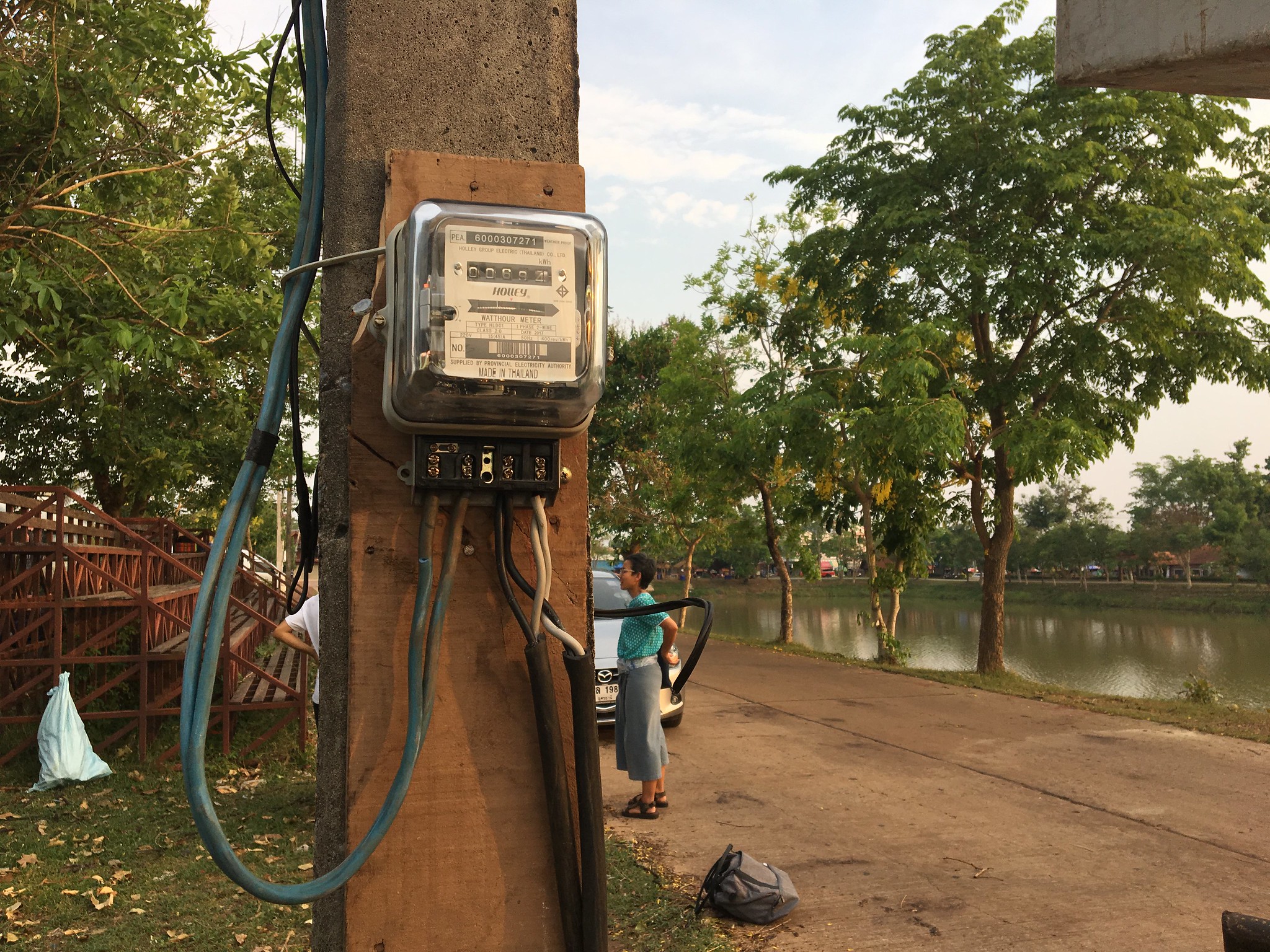 Lithium batteries are not the only culprit, but they do have an especially high profile. In 2015 I did a project called Lithium Diaries, a performative walk which began at an Apple Store and ended at the Chicago River. Along the way, participants were guided to actively engage in a dialogue about the human use of lithium as a source of electricity and as medicine for psychiatric disorders. In addition to doing research on the devices at an Apple Store, participants learned about lithiated soft drinks while drinking medicinal herbal tea, collectively performed a cut-up poetry reading, and logged their mood via text messages.

Since Lithium Diaries, I have continued to focus on projects in which plants, animals, and minerals serve as a metaphor and a connective thread to weave together various issues from ecology to psychology. The description of the Animistic Apparatus lab intersected with several of my research interests as an artist: community-based cinema, landscape archaeology, media animism, and interspecies and non-human communication. I didn’t know what to expect, but I was willing to take a chance to find out what the organizers had in store for us.

Before I began my journey, I expressed my interest in solar power and May sent me images of the solar panels that locals had set up in Udon Thani. Unfortunately I wasn’t able to bring a soldering iron and my other electronics materials with me to Thailand, so I decided to offer a collective rotoscoping activity in which a group of people create an animated film by drawing on top of 16mm found footage. On the first day of the lab, under the roof at our workshop at Wat Nong Na Kham, I arranged a row of banquet tables with long lines of film stuck to the table with bits of blue painters’ tape. I put out markers and invited people to draw on the film, but without a lightbox underneath, it was hard to see, so we slipped long sheets of toilet paper underneath for a little contrast. 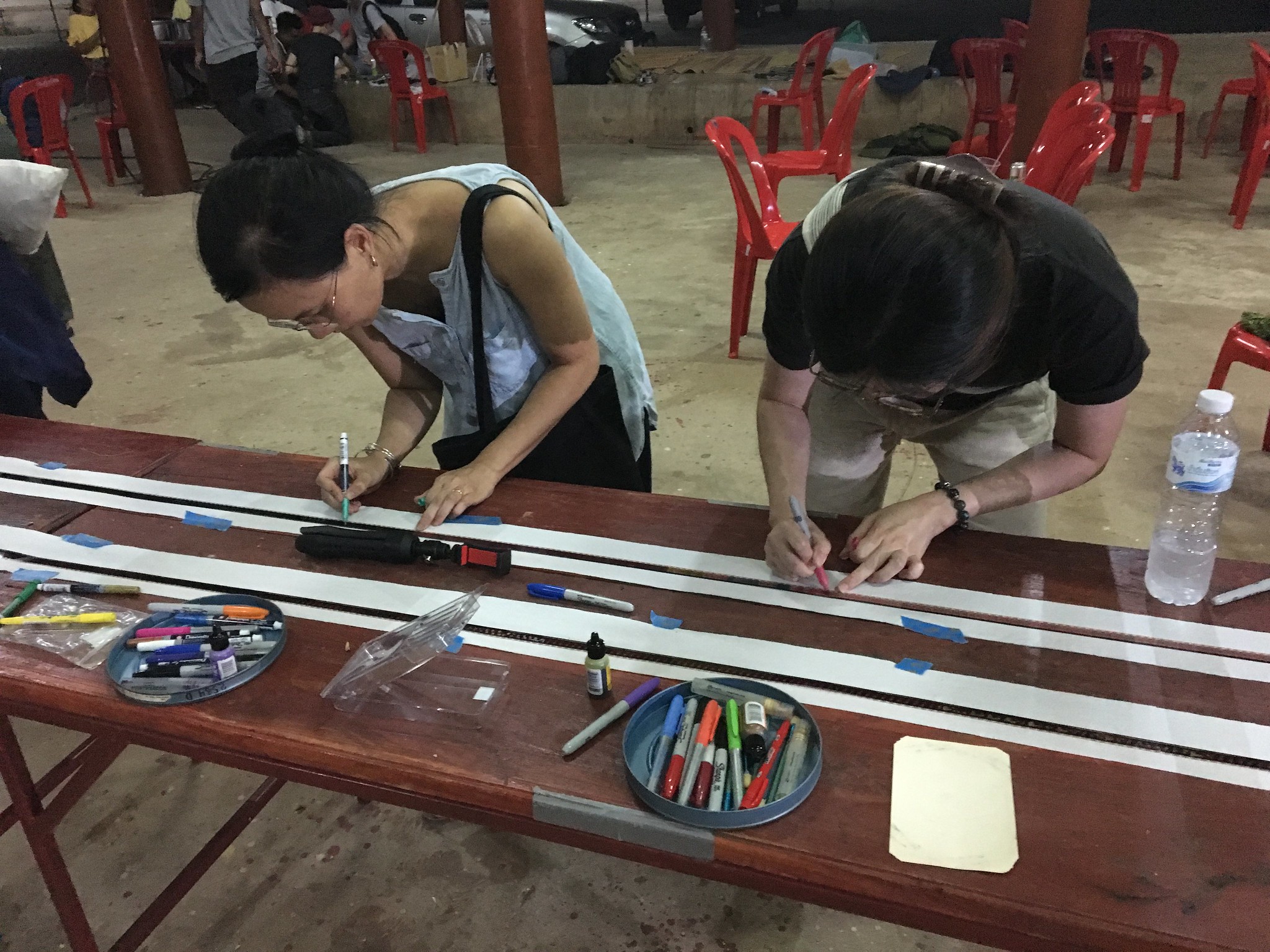 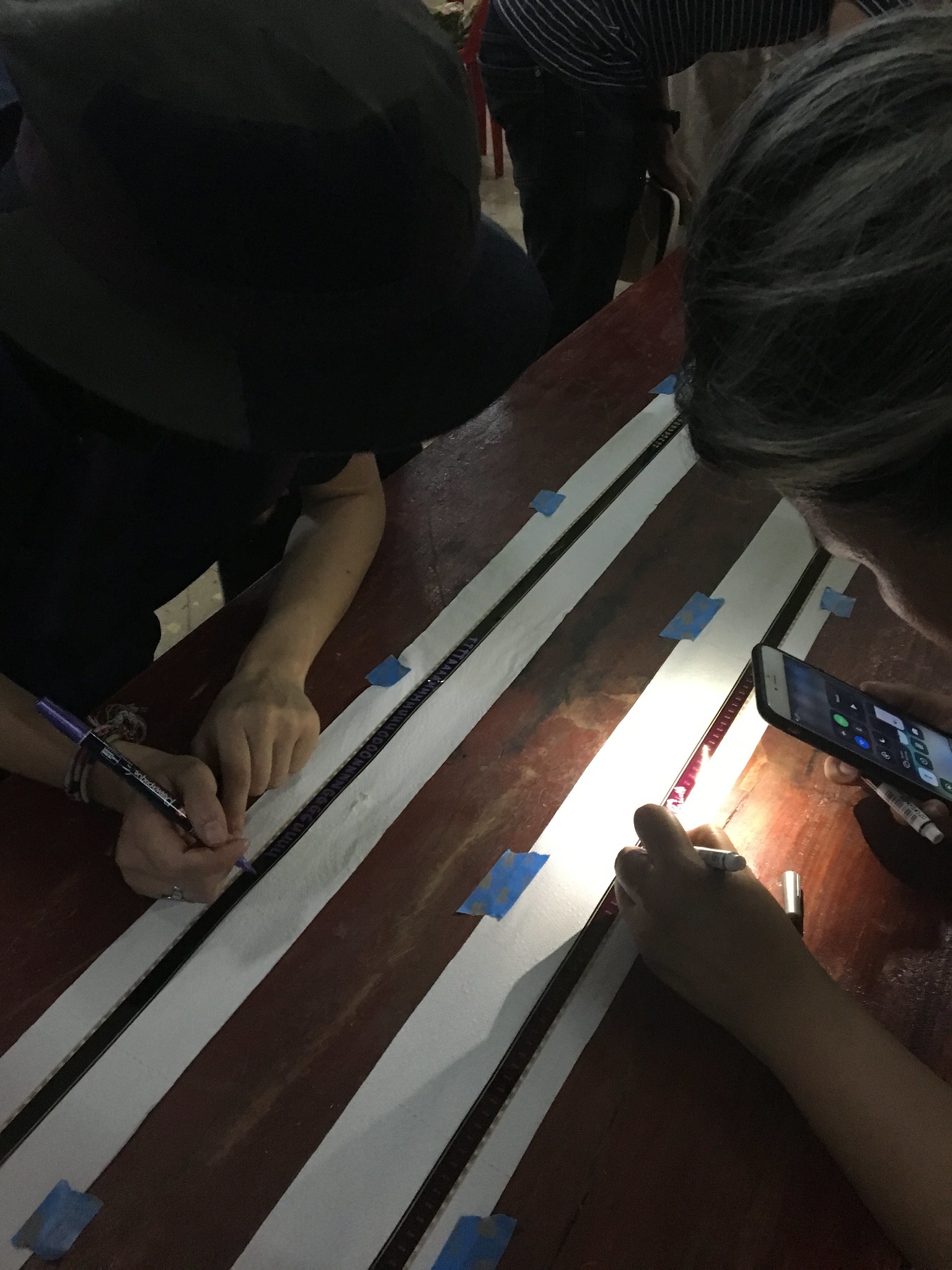 On our second day of our lab at the open space next to Na Kham pond in Baan Chiang, there were no tables and scant illumination from the street lights. Our borrowed 16mm projector conked out not long after we previewed the first night’s hand-drawn animation.

I realized that it would be difficult to continue drawing on the film on the ground in the dark. We had only managed to mark the first few seconds of the film reel and as I watched everyone around me busy with their projects, I tried to transform my disappointment. This was our last night to work before our final screening and performance night, and I needed to dive into something else. I began documenting all of our animistic apparati: lights, projection beams, afterimages, bokeh, lens flares, diffraction spikes, streetlamp haze, the LEDs that danced around the giant outdoor screen. I took dozens of still images and when my phone battery died, I latched on to one of the few extension cords from the projection truck in order to power up and continue.

My camera phone could reveal the residue and the presence of electricity in ways that my eyes could not perceive. Whether from the sun, wind, water, coal, nuclear, or gas, earth energy fuels our art and our light beams. Our cinematic experiments are only possible because of this.

The result is a short stop-motion documentary of the evening’s events, accompanied by a soundtrack of electromagnetic fields which are not detectable to the human ear without an induction coil pickup.

This is the dedication that opens E-Ghosts of Nam Ngum Dam:

This film is dedicated to the water spirits of the Nam Ngum River in Laos, the site of a dam that brings us electricity for this outdoor screening in Baan Chiang.
ภาพยนตร์นี้อุทิศให้แก่วิญญาณแห่งแม่น้ำงึมในประเทศลาว , พื้นที่ที่สร้างเขื่อนที่ผลิตกระแสไฟฟ้ามาใช้ในงานฉายหนังที่บ้านเชียงวันนี้

Many animal and plant ancestors lost lives just to illuminate the dark of our nights.
เหล่าสัตว์และพืชพันธุ์ทั้งหลายที่สูญสิ้น เพื่อมอบความสว่างไสวในค่ำคืนนี้

We transform your energy into art made from shadows and light.
พวกเราเปลี่ยนผ่านพลังงานไปสู่งานศิลปะจากเงาและแสง

And sometimes we catch glimpses of your ghosts in the machines.
และบางทีเราก็สัมผัสถึงพวกเขาเหล่านั้นผ่านเครื่องฉายหนังเหล่านี้