Détournement of KKK calling cards:
The only reason, 2006
Yesterday–Today–Forever, 2019 The 2006 card responded to the parallel between mobilizations by immigrant workers in the early 2000’s and the civil rights movement of the 1960s. The card appropriates and repurposes a calling card created in the 1970s by the American white supremacist hate group, the Ku Klux Klan. The original card text: “The only reason you are WHITE Today Is Because Your Ancestors Believed & Practiced SEGREGATION.” 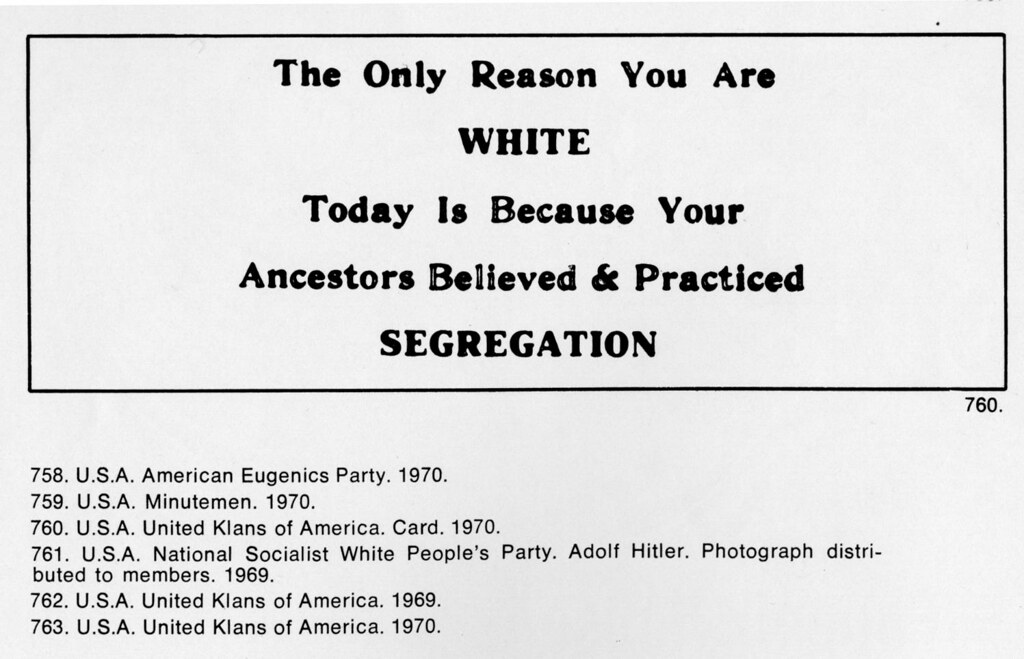 I revisited this project to address the upswing in xenophobia, racism, and white supremacy that constitutes the current war on Black people, indigenous people, people of color, and immigrants.

My 2019 card appropriates and repurposes a 1942 KKK calling card collected by Stetson Kennedy in Florida. Kennedy was a folklorist, environmentalist, and labor activist, known for his infiltration of the KKK during the 1940s.

Like the ones made in 2006, these cards do not directly address the violence of the forced migrations of Black people and the genocide of indigenous people. 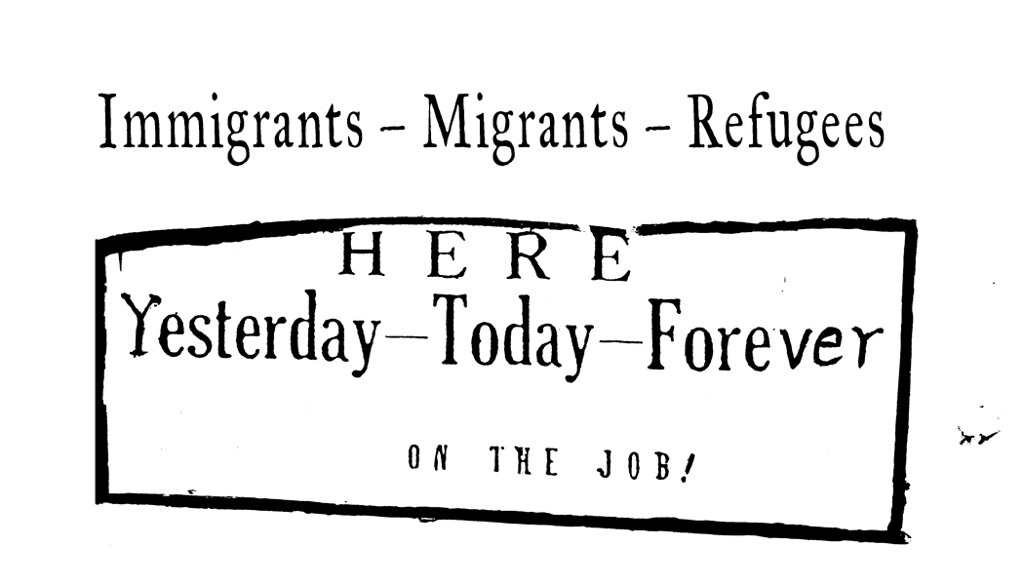 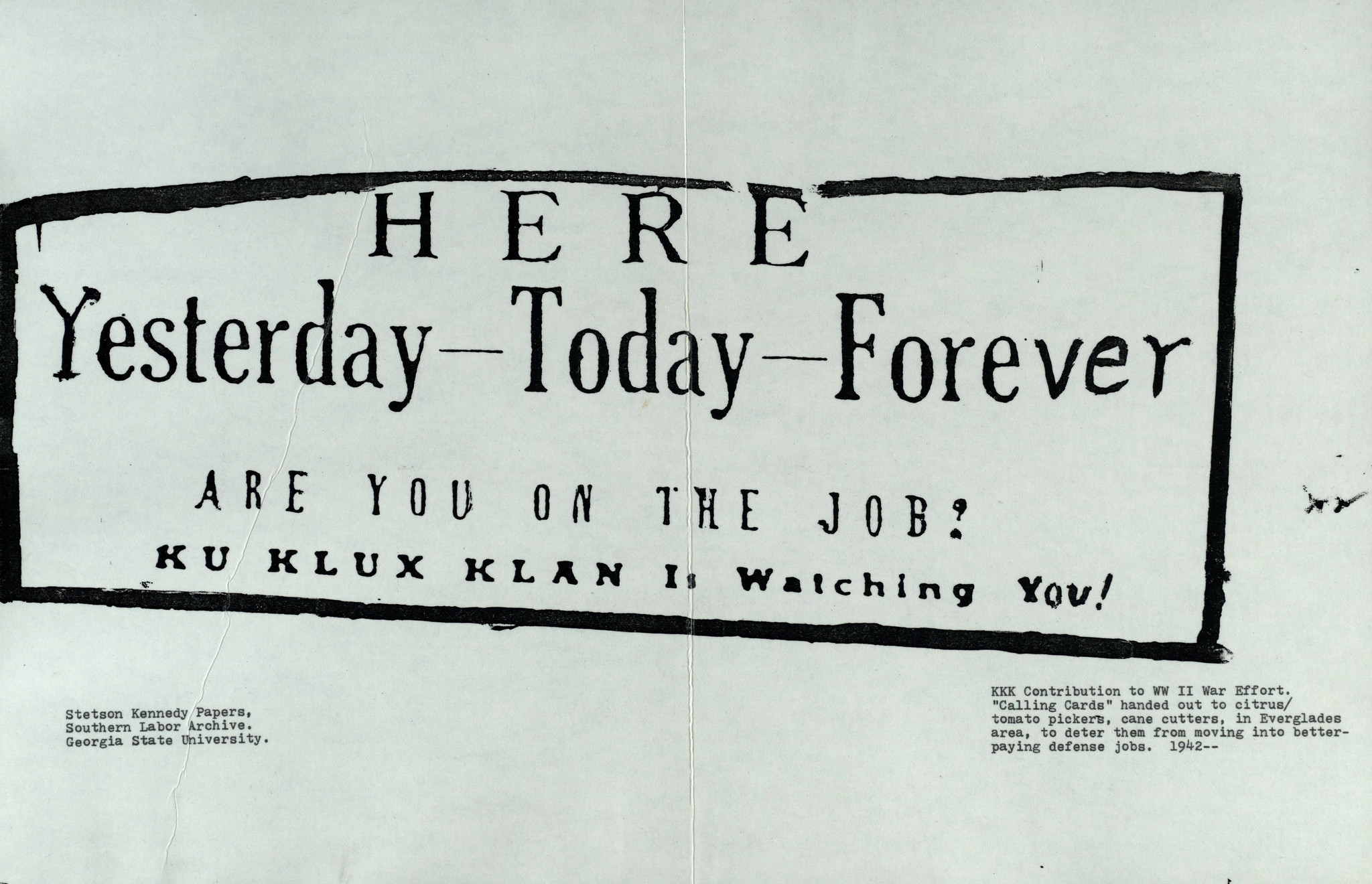 “”Calling cards” handed out to citrus/tomato pickers, cane cutters, in Everglades area to deter them from moving into better paying defense jobs. Text on card: “Here Yesterday–Today–Forever. Are You on the Job? Ku Klux Klan is Watching You!” Stetson Kennedy (1916-2011), writer and civil rights activist, collected these photographs during the course of his career fighting for equality throughout the Southern United States.”
-Stetson Kennedy Papers, Southern Labor Archives. Special Collections and Archives, Georgia State University, Atlanta

Some places where this project has been featured include:

In a strange land at Calles y Sueños in Chicago, IL

Where Do We Migrate To? a group show curated by Niels van Tomme for the Center for Art, Design and Visual Culture in Baltimore and touring to various locations since 2012

Read more about the concept in AREA magazine’s im/migrations issue.